Apostle Perry is the proud husband of 31 years to his wife, Tina Perry. He is the father of Courtier Perry. He served in the United States Air Force branch of the military. He received the indwelling of the Holy Spirit in 1979. He sought after God with zeal and through much fasting and prayer. While living in California, he graduated from El Camino College and attended Long Beach University, later completing his education in Maryland and North Carolina with a Bachelors and Masters degree in accounting. He furthered achieved a PhD in Philosophy from Justice Fellowship International.

Apostle Perry began pastoring in 1983 and is the founder of the New Jerusalem Church of Our Lord Jesus Christ Inc. He is the founder of several churches that are a part of the Unity of Faith Federation Inc. which was established in 1994. This establishment was based upon Ephesians 4:11-13. He has been anointed to teach the gospel of Jesus Christ. Apostle Perry once said that he preaches and teaches only that which has been revealed in him, that he might build Christ in another. 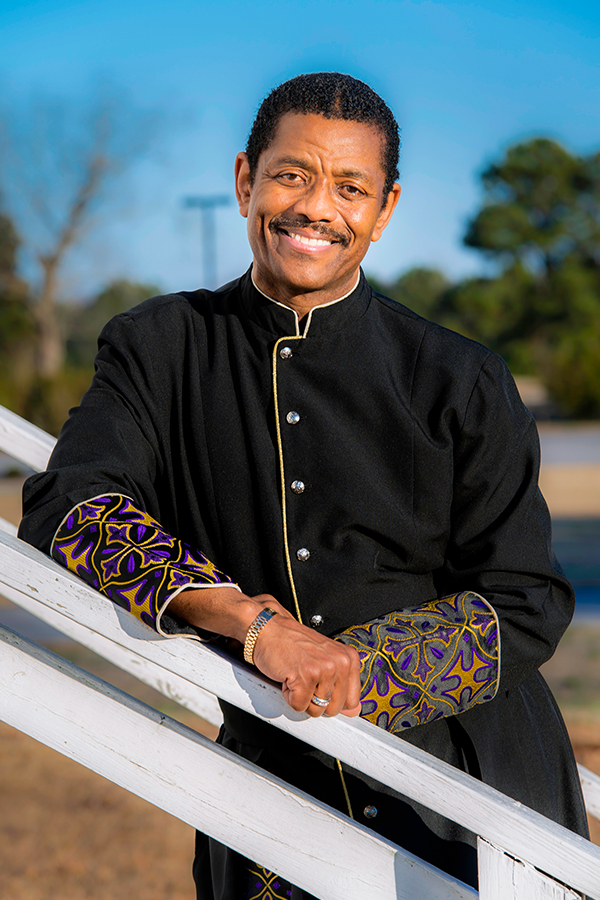 “Now unto him that is able to keep you from falling, and to present you faultless before the presence of his glory with exceeding joy” (Jude 1:24)